Can (bad) behaviour be contagious? 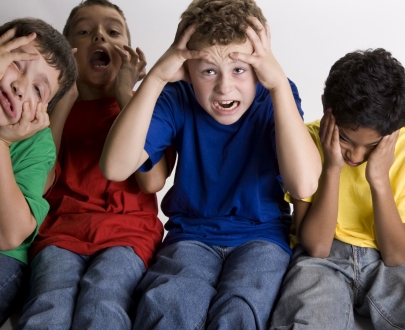 Like a yawn or chicken pox, there are behaviours that (for good and bad) can be passed between children and youth, among peers.

And while that may work well for positive behaviours such as kindness, behaviours we DON'T want spreading include aggression, depression and stress, yet studies have shown that these are susceptible to what the research calls "peer contagion". This is a process in which two or more people's behaviours and emotions influence each other and (in these negative situations) undermine development or cause harm.

Example A [1]: In a first grade class that included aggressive children and did not have a teacher with an effective behaviour management plan, researchers found a rise in overall child aggression and other forms of problem behaviour. The effect lasted over the course of elementary school years.

These studies also link the peer contagion phenomenon to obesity, unhealthy body image, weapon carrying, drug use and bullying. This contagion process is not necessarily done intentionally but occurs to satisfy immediate needs such as attention or companionship. Child development experts Gordon Neufeld and Gabor Mate suggest[4] that the critical turning point that leads to peer contagion is when the strongest relationships and attachments shifts away from child-and-parent to child and their peers. This, they emphasize, is what we want to avoid. Instead parents need to work hard to remain the main connection; the anchor; the glue; the place where the child finds unconditional love and acceptance.

It's not that friendships are a bad thing. In fact social networking research in adults reveal that one's friendships predicted future happiness! But children's friendships should not be a replacement for an attachment relationship. This is especially important to remember when you consider that beginning at school age, friendships slowly take on a socialization role and a mechanism for children to learn about themselves in relation to others.

What can we do to prevent "negative peer contagion"?

In a 2011 review, researchers link peer interactions with an increase in aggression in childhood to an amplification of problem behaviours in adolescence.

Hold On to Your Kids: Why Parents Need to Matter More Than Peers

"Social, economic and cultural trends in the past five or six decades have displaced the parent from his intended poistion as the orienting influence on a child. The peer group has moved into this orienting void, with deplorable results."

In a 2011 review, researchers link peer interactions with an increase in aggression in childhood to an amplification of problem behaviours in adolescence.