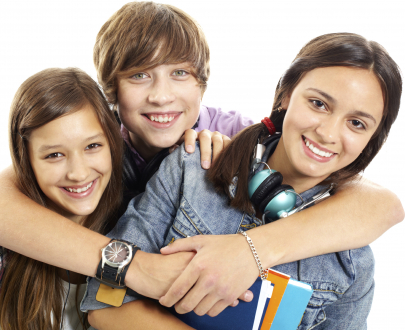 Humans are wired for touch. Beginning in infancy, we discover our world this way. Emerging research on touch shows how wide an effect it has on our social and emotional development.

Our society has developed a variety of responses and judgements to touching. Even in North America, where touch happens less than in other cultures, it has been found that its effects are still profound. Our need for touch seems to be hard-wired into our biological systems. Humans can (up to 78% of the time) accurately communicate six common emotions[1] by using touch only including anger, fear, disgust, love, gratitude, sympathy. This is the same accuracy as we have when decoding facial and verbal expressions of emotions.

What do we mean by positive touch? Positive touches are fun, caring or helpful. Positive touch, additionally, provides a physical cue for connection - both for the sender and the receiver.

Massage therapy[8], in particular, has been shown to be an effective form of touching. Studies show that it reduces pain, both in chronic conditions and during cancer treatments. Massage therapy has also been found to heighten alertness and attentiveness as measured by EEG patterns. With children and among married couples, massage also decreases levels of stress hormones, heart rate and blood pressure while enhancing immune function.

The research is clear that we can soothe, connect and promote well-being with authentic and affectionate touch.

Several international studies published in 2006, including this one, provide evidence that humans can accurately distinguish emotions by watching others communicate through touch.

In a study that looked at infant preference for social stimulation, touch or no-touch during a face-to-face situation with an adult was observed. (Under the no-touch treatment, the infant eye contact responses were followed by adult smiling and cooing, but not by touching.)

Results showed that during the touch condition, infants held eye contact and gave more smiles and vocalizations, and spent less time crying and protesting compared with the no-touch condition.

In a long-term study, pregnant women diagnosed with major depression were provided twelve weeks of twice per week massage therapy by their significant other or received standard treatment as a control group. Those women receiving massages not only had reduced depression and stress hormones by the end of the therapy period, but they also had reduced depression during the postpartum period. Their newborns were also less likely to be born prematurely and low birthweight.

In another study where the infants received the massage therapy, results indicate benefits with 15 minutes of massage or rocking for 2 days per week over 6 weeks.

The Touch Research Institute in Miami studied touch and aggression with both preschoolers and adolescents.

Dr. Nicolas Gueguen has completed a number of studies that involve touch with restaurant tipping, purchasing items, fulfilling a request and first impressions.

A study published in 2010 revealed that the more on-court touching within professional basketball teams early in the season, the more successful the teams and individuals were by season's end. The effect of touch was independent of salary or performance, eliminating the possibility that players touch more if they're more skilled or better compensated.

In a literature review on touch used for social, emotional and physical well-being, researcher Tiffany Field summarizes the empirical evidence on the benefits of touch.