Every day, Maria Cortese, a junior kindergarten teacher at Vancouver’s Our Lady of Perpetual Help School, would park in front of a home with a beautiful garden.

One day, she mustered up the courage to knock on the door of the house and ask if she could use the owner’s garden as a pumpkin patch for her class that Halloween. Jim—a kind man in his nineties—enthusiastically agreed. Little did she know, it was the beginning of a fruitful (all puns intended) friendship between junior kindergarten students and their neighbour.

Burnaby North Secondary High School students recently produced a the video above illustrating the friendship between Maria’s class and Jim. It’s a touching and inspiring story of human connection—and that all generations have the potential to teach, learn from and bring joy to each other. 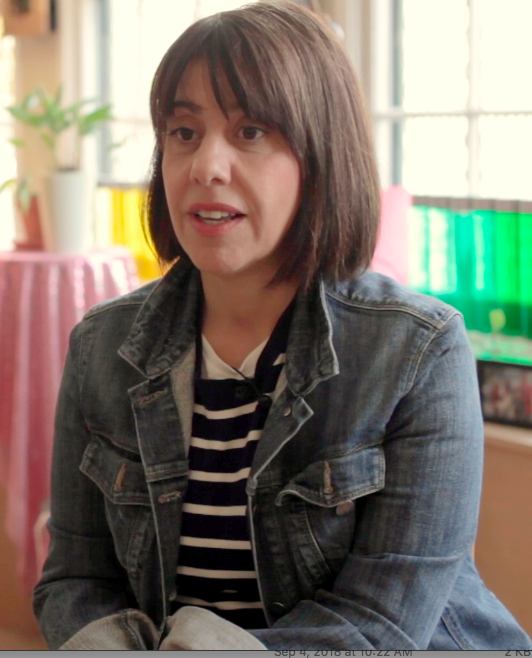 Maria was recently awarded a Prime Minister's Award for Excellence in Early Childhood Education in recognition of her role in focusing attention, in her junior kindergarten, on educating the whole child. From her class projects with Jim, to bringing in her dog to help children learn empathy and responsibility, Maria was recognized for her special ability to help each student build positive relationships with themselves and the world around them.

Her teaching philosophy is simple, yet profound. “I really feel in today’s world I want children to be kind and to build strong relationships. Those are the two things that I feel are the foundation of everything,” she said in an interview with the Dalai Lama Center for Peace and Education.

Plus, through building relationships with our neighbours, we can play a role in strengthening our communities at-large. Social isolation is of particular concern in urban settings like Vancouver, where nearly one-quarter of residents say they do not feel a sense of community belonging.

1. Let the kids lead the way

“The kids are partners with me,” Maria says. “I give them a few suggestions but I really take their lead on what they want to do.”

Maria made sure to include her class in leading their relationship with Jim. For instance, when she learned Jim’s 96th birthday was around the corner, she asked the class how they’d like to celebrate. The kids decided to bring him a card and make him cookies, so Maria helped them make a card and bring cookies on their next visit.

Learner-centred classrooms, where students are encouraged to actively contribute to classroom content and decisions, have strong social benefits for children, too. W. Thomas Boyce’s study found that children in more learner-centered classrooms engaged in helpful and kind behavior at a greater rate. (Read more about learner-centred teaching approaches in this post).

2. Bring families to the classroom

Research has long shown that children benefit when families are involved and engaged in their education, from earning higher grades, to having better social skills. As more schools adopt more rigorous social-emotional learning curricula, Stephanie Jones of the EASEL Lab at the Harvard Graduate School of Education says, it’s more important than ever that children are receiving consistent messaging at school and home[2].

But it’s getting them to show up that’s the hard part. Maria recognizes many family members are intimidated to come into the school and talk to their child’s teachers.

“It’s very easy for teachers to say ‘I have an open door policy'. I tell parents come and talk to me about anything you want, but nobody ever comes,’” she says.

Maria proactively brings parents into her classroom by hosting an open house on the first day of school. There’s a station set up where, with a parent, new students make a string of beads and attach it to a toy they bring from home, which they hang up above the snack table. “It’s there because it’s a visible connection- something from home and something you made in school,” Maria says.

She says it’s a great conversation-starter to help students and teachers know each other. “So we start to build those relationships with each other and then we have family photos so the classroom encompasses that really strong relationship building from day one,” she says.

The kinds of activities she runs are adapted to the needs of the schools she’s in. In her former school, a junior kindergarten on the University of British Columbia campus which had more transient families, she helped run a social time for moms at the school. At Our Lady of Perpetual Help, she realized many of her students were lacking intergenerational connections, which inspired her to begin working with Jim.

But some days, especially on cold ones, the kids didn’t want to work in the garden.

“I would tell them that sometimes your friends need help and sometimes even your big friends might need help. But you know, we are younger and we have a lot of energy and so we are going to use our energy to help him,” Maria says. “I was trying to teach them about friendship and compassion. It doesn’t matter if you are old, if you are young, if somebody needs help, we help them,” she says.

Research shows that adopting a strengths-based approach in teaching and parenting helps students in the long run as well, empowering them to realize their potential and responsibility in their community. Lea Waters’ research  in particular demonstrates that children and teenagers whose parents deliberately recognize their strengths cope with conflict in more pro-active ways and experience lower levels of stress.

Jim played an invaluable role in teaching the kids how to garden, from how to space out plants to how much water to give plants. If the students came to Maria with a question about the garden, she encouraged them to go straight to Jim to answer it.

She could tell the kids weren’t the only ones getting something out of the partnership. “Just seeing the kids exploring the garden brought him joy,” she says.

But they didn’t just learn about gardening from Jim. He was full of stories about his childhood growing up on Quadra Island and the kids loved to listen.

5. Encourage kids’ curiosity and openness to others

As Jim and his wife have recently moved out of their home, Maria’s class now gardens at a community plot in Vancouver. One day at the community garden, a man with a ZZ-Top style beard and a motorcycle came to work on his plot. Maria was surprised to see how the students gravitated towards him, asking about his radishes and helping water his plants.

One of the girls came up to her and said “Ms. Cortese, this boy’s name is Brian!” Maria encouraged the girl to introduce Brian to the rest of the class.

“Kids just have this openness. There was no judgment of how he looked, nothing about him. He gave them a radish and they ate them and off they went,” she says.

Two weeks later, the class saw the man at the plot again and they all giddily ran to him. “All of a sudden they had this new friend and I think we were bringing something to his life too,” Maria says.

Developmental psychologist Stephanie Jones and her research team helped compile advice on how schools can involve families in their SEL programming—and how families can apply those same practices and skills at home.