The Right Kind of Confidence 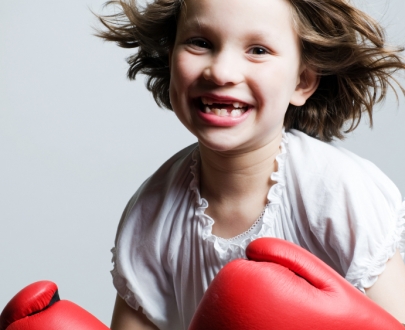 Everyone wants confident children. But what kind of confidence is best?

For more than a decade, ideas about confidence have been getting a major overhaul. The self-esteem movement of the 1970s and ‘80s saw having high self-esteem as the key to lifelong success. Many parents and even entire school systems tried to bolster self-esteem by applauding children constantly, and protecting them from feelings of inadequacy or failure.

Unfortunately, there’s mounting evidence[1] that while children raised this way may be confident about themselves and their abilities, they aren’t well-prepared for life outside their homes and schools. They may be more narcissistic[2], feel entitled to success and reward with little effort, and have trouble dealing with life’s challenges. In contrast, other research is showing that the kind of confidence that is actually correlated with lifelong success is the confidence to keep trying, even in the face of repeated failure.

Parents and educators can influence how children approach failure by what they choose to reinforce. In a now-classic experiment by Columbia University researcher Carol Dweck[3], 400 fifth-graders were given a test that all could do well. Half, randomly chosen, were praised for their intelligence. The other half were praised for their hard work. Next the kids were told to do another test—but they could choose whether they got an easy test, or a hard test. Most of the kids praised for intelligence chose the easy test: they wanted to make sure they looked smart. In contrast, most of the kids praised for their hard work chose the tough test. They wanted to prove how hard working they were.

In the third stage, the children were all given a harder test. Afterwards, those who had originally been praised for being smart felt discouraged. They didn’t want to keep working on the problems, and were starting to think maybe they weren’t so smart. However, the children who were originally praised for their effort didn’t mind the harder problems, and were eager to take them home to practice.

Helping to instill this “resilient” confidence in children will help set then up for a lifetime of learning and improvement—an invaluable skill in good times and bad.

The Perils and Promises of Praise

In a review of the literature on the subject, author Dr. Carol Dweck summarizes that the wrong kind of praise creates self-defeating behaviour. The right kind motivates students to learn.

Narcissism (noun) - extreme selfishness, with a grandiose view of one's own talents and a craving for admiration.

Egos inflating over time: a cross-temporal meta-analysis of the Narcissistic Personality Inventory.

A meta-analysis in 2008 of college students found a rise in narcissistic traits. Researchers theorize that this reflects a rise in individualism in American society.

Carol Dweck and Claudia Mueller discovered that despite common beliefs about praise having beneficial effects on motivation, the 5th graders in this study who showed greater persistence, more task enjoyment and better performance were praised for their efforts (not their intelligence).